It takes some major cojones for a restaurateur to admit defeat. When the Bent Brick owner Scott Dolich announced the departure of chef Will Preisch from his modernist-leaning kitchen, he broadcast an entirely new direction for the confusing (or confused?) follow-up to his beloved, farm-centric Park Kitchen. Gone are the conceptual experiments that clashed with the laid-back space. In their place? Homey roasts, house-made sausages, and inviting tavern sides. The reborn Bent Brick is almost aggressively down-home, with a colorful caddy of homemade condiments, a kids’ menu hand-scrawled in red crayon, and a near-fetishized utilization of Old Bay seasoning. But when the food arrives, cutesy descriptors fade to dishes nothing short of satisfy- ing. Picture crispy duck- fat-fried jo-jos dipped in cool and creamy ranch; juicy “hamburger dogs” oozing cheese beneath bright pickle relish; and grilled flatiron steaks accompanied by a long list of add-on sides, from steakhouse–style creamed kale to Dungeness crab salad chunked with salt cod. The choose-your-own-adventure menu is a fitting answer to the growing demand for options friendly to food allergies and aversions. But the new Bent Brick also captures Dolich’s station in the food world—a dad with school-age tykes, back in the kitchen after years of investing in the creativity of younger chefs. Ten years ago, Dolich earned high marks for experimentation at Park Kitchen. But he’s the first to admit that he’s learned a lot about what diners want over the years. “In Portland, it doesn’t always have to be modern or challenging,” he says. “It just has to be delicious.” 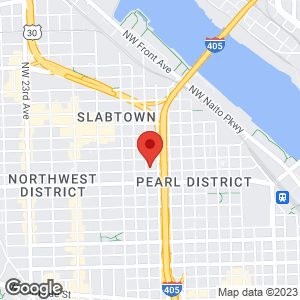 Five drinking-food favorites for soaking up the booze from our annual list of Portland's best bars.