A century or so ago, the Grand Avenue tavern reportedly called Nat West’s Bit House was known for rowdiness, even street brawls. Today, the tipsy townies lining that spacious bar tend to be more blithe than bloodthirsty: a mix of off-duty bartenders, be-plaided east-siders, and weekend warriors, all drawn by pleasantly affordable top-shelf quaffs (cocktails on draft, sherry flights, a boilermaker menu). And yet, a rich frisson still rises from Bit House’s barrel stave flooring, dark leather, and original 1896 sconces. “We wanted it to feel like it’s been here all along,” says manager Jesse Card, whose geniality—to say nothing of his crack team of bartenders (like Ración alum Chauncey Roach and Teardrop’s Brian Gilbert)—can keep you pleasantly stationed in your cushy armchair until way past the witching hour. West’s landmark building has never been more dangerous. 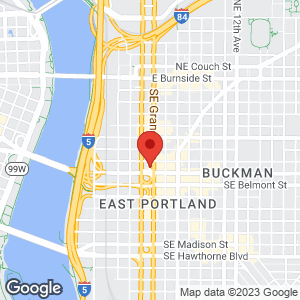 From marches on Salem to dance parties for Planned Parenthood to comedy fundraisers for Don't Shoot Portland, here's how to get engaged right now.

Multnomah Whiskey Library to WM Goods, the Secrets of Some of Portland’s Sharpest Spaces

Portland Monthly food critic Karen Brooks dishes on where to take friends and family for winter libations and celebrations.