Inside the warmly lit Branch Whiskey Bar on NE Alberta Street, bottles of Knob Creek, Tyrconnell, Macallan, Black Maple Hill Rye—even a Japanese single malt called Yamazaki—gleam brightly on the four dark-wood shelves above the bar. Owner Andrew Finkelman has a passion for the stuff (he even named his dog Jameson); if the OLCC sells it, Branch, which opened in July, probably offers it. And if you’re daunted by the sheer selection, friendly bartenders are eager to make recommendations or patiently explain the difference between American and Irish whiskeys.

Of course, you could also opt for one of the bar’s whiskey flights: three single-ounce tasters of your favorites ($18). Still working up the taste for whiskey “neat” (without a mixer)? The cocktail menu boasts plenty of happy introductions, like the Branchhattan, a blend of rye, Vya sweet vermouth, angostura bitters, and orange bitters. It’s one of Branch’s most popular drinks, along with the Alberta—a shot of Jim Beam and a 16-ounce can of Pabst. This cocktail’s name isn’t the only nod to the neighborhood, however: with its expansive collection of spirits and a moderately priced menu featuring everything from house-made pork sausage to duck confit hash, Branch bridges the gap between Alberta Street’s high-end restaurants and the creatives who call the place home.

Cozy, comfortable, and equipped with a large flat-screen TV, this is the kind of neighborhood bar where everyone might not know your name when you walk in, but they very likely will when you walk out.

Branch was featured in our Best Bars 2010 cover story. 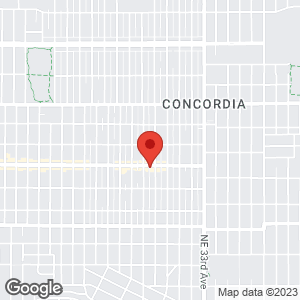 The Search for Portland’s Magic Mac

For premium comfort, you’ve gotta get out of the city. Zigzag’s Skyway Bar and Grill has the mac ’n’ cheese you’ve been dreaming of.