Bridgeport Brewing, among the most guzzled of the veterans on this squad (established in 1984), is currently ranked No. 41 among the top 50 American breweries in production. Brewmaster Karl Ockert is the company’s revered elder statesman; aside from a five-year “professional odyssey” in the early ‘90s when he ventured forth to start some pubs in Washington and serve a stint in the majors with Anheuser-Busch, Ockert has been the brains behind Bridgeport’s brew. And the venerable ivy-festooned pub on NW Marshall St–recently renovated to include a bakery in its more brightly polished interior –is still teeming with fans of his ageless ale artistry.

“I tell people that when Dick Ponzi and I were first building this place, we didn’t know if we were going to be in business for three months or 30 years,” Ockert says. “And luckily, it’s been closer to the 30-year mark.”

For the last decade, Bridgeport IPA has been a Northwest all-star, successfully steering palates away from watery domestic lagers and viscous stouts toward lighter, hoppier pleasures. In part thanks to Bridgeport’s consistent firkin excellence, IPA has become the pad Thai of the local brewpub menu.

“Our IPA has gone from being a niche beer that we were going to brew every once in a while, because it was so hoppy, into being a leader in that category,” Ockert enthuses.

But there’s a rookie from foreign soil in the Bridgeport clubhouse that’s been turning heads of late. Supris (soo-prees) is a yeasty blonde seasonal offering with a jolt of spice and fruit, making it a top prospect on the summer beer circuit. Ockert is pleased with the newcomer’s performance, but concedes its emergence posed a challenge.

“It’s a bold departure for us because we’ve been all about Northwest ingredients, which is typified in the IPA,” he says. “The Supris is German barley, German malt and German hops, Czech hops and Slovenian hops, and then we use this Belgian yeast that gives it a very yeast-driven, spicy clove flavor. It’s a difficult beer for us to make, because we have to rely on foreign ingredients, but it’s really worth it.”

It certainly accords with beer fanatics’ immigration policy: Give us your yeasts, your malts and your Slovenian hops–yearning to be beer. 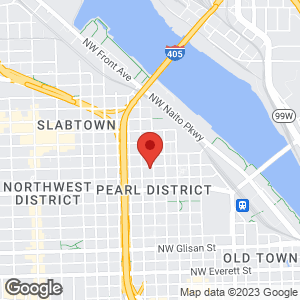