Hawthorne boulevard, where affluent hipster bohemians and the elder hippie gentry sip coffee al fresco while benignly observing turistas shopping for spendy knickknacks, is a fitting microcosm of Portland’s culture. Indeed, it’s a strip heavy with java stops and stylishly ragamuffin boutiques, but folks in need of a stiff drink are usually left bereft. Sure, BridgePort Brewing and the Bagdad are serviceable establishments, but their emphasis on beer leaves those thirsting for stronger poisons, like a bracing Tanqueray-and-tonic, unsatisfied.

Drinks are also on the vintage side, with local variants on revered classics featured prominently. (The Rob Roy poured here is a brawny mix of Scotch, vermouth and bitters that’s been recast as the Brandon Roy.) Foolhardy imbibers may want to try their luck with a pair of Scorpion Bowls—mammoth-sized tropical drinks with multiple straws designed for group debauchery.

If the drinks serve as a hazy reminder of Sinatra’s days, the food might recollect your last backyard potluck. With cocktails in place, noshers can belly up to a quartet of deviled eggs or tuck into mac and cheese with deviled ham.

Of course, these gastronomic diversions are predicated on actually getting served, which proves to be rather vexing. Although friendly and obliging, the waitstaff is pokey. Then again, anyone whiling away a lazy day on Hawthorne isn’t usually in a big hurry. 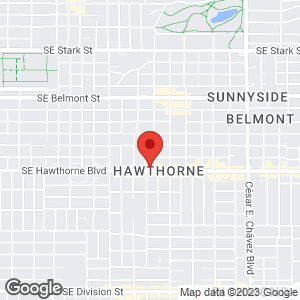 Let some of Portland’s most indulgent bars inspire your big night out.