One could be forgiven for expecting bush-league beer when visiting the Laurelwood Public House. Despite the hulking presence of the brewing tanks, its well-scrubbed, family-friendly interior (a play area? Sacrilege!), bountiful menu of pub grub and display case of diet-unfriendly desserts somehow suggest that worthy beer may not be available in this clubhouse. That notion is quickly dispelled by the line-drive arrival of the brewery sampler of eight beers (3 oz each, $8) or simply by getting cozy with the Organic Free Range Red, the top pitcher in the house. It’s a bold brew in the prime of its career, known for a full-bodied, expansive taste and numerous ardent admirers among the local suds set. Owner Mike De Kalb says his Boss IPA is the best-selling beer in the pub itself, but Red is the most widely distributed, to between 50 and 60 accounts in town. And friends of the earth can drink deep–it’s organic.

“Free Range Red won the gold medal at the World Beer Cup in 2004 for the best ESB-style beer in the world,” De Kalb says. “It didn’t matter that it was organic. It was just the best ESB. Whenever we enter these competitions, we never enter our beers in any organic categories. We just enter them in the regular categories.”

De Kalb’s zeal for ale and knack for fashioning an “everyone is welcome” vibe is paying big dividends in development. The company has two locations, with a third on the way. De Kalb plans to move the restaurant part of the operation a few blocks down and leave the current location off NE Sandy Blvd to serve as brew HQ. “We’ve totally outgrown this brewery,” he says. “The demand has been amazing.”

De Kalb is quick to praise the contributions of departing brewmaster Christian Ettinger, but he’s got his eye on the next ace warming up in the bullpen.

“Chad Kennedy is our new brewmaster, and he’s been with us for 3½ years,” says De Kalb. “I think eventually he’ll show us some real innovation and creativity.”

The scouts are watching, kid. Better bring your best stuff. 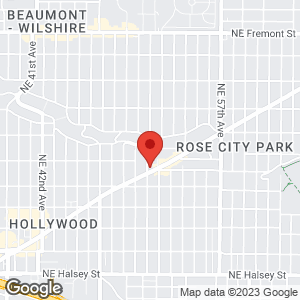 Pit Portland’s most awesome potatoes against one another in a drag-out battle for carb-loading supremacy.

See the sights from great heights while savoring your bites.