Tucked away in the Alberta Arts District between two of the more bustling zones of the strip, the Mash Tun has a perfectly serviceable Happy Hour for frittering away an afternoon in the company of a satisfying array of suds and snacks. From 3-6 pm Monday thru Friday patrons can satiate themselves with $3 house micros and well drinks. For the real deal, pop in on Tuesdays when house brews are only $2.50 during Happy Hour and pitchers are $8.50 all night long.

The main entrance is just off Alberta on 22nd Ave, seemingly hidden for those with eyes that are naturally accustomed to searching for likely locales to escape the traffic and sidewalk throngs. The lofty ceilings with numerous skylights and dotted with hanging plants complement the airy open floor plan and “local, sustainable” vibe. Follow the breeze to a sizable covered patio spiffed up with a mural of copper mash tuns nestled against a vivid backdrop of mountains. The overall effect is like being suspended well above terra firma.

After dutifully goggling at the scenic splendors, it’s time to replenish the inner man. When hunger strikes, be advised that the Happy Hour selections at Mash Tun are decidedly mundane, but thankfully well executed. Familiar foodstuffs generously portioned—fries, hummus, nachos, a burger, and salads—are all priced somewhere between $2.50-$6. Nothing earth-shatteringly spectacular, but no obvious bum steers either. Citizens worried about the specifics of what goes into their body, should rest assured that most of the ingredients are locally sourced. And peckish vegetarians will be thrilled by the number of entrees, including a vegan BLT sandwich. Mmm. Fake bacon.

When sifting through the six unfiltered, unpasteurized, and unprocessed directly-from-the-holding-tanks house brews on tap, don’t miss the Sam Jackson Pale Ale or the robust Razorback Red, both of which have the basic template of balance and flavor down pat, and also possess a bit more spice and soul than the darker offerings. There are also guest taps from Lagunitas, Ninkasi, and Anchor Steam, if you aren’t willing to root for the home team.

Speaking of which (soul), there is a well-stocked free juke for your sipping soundtrack playlist. Free pool, free wi-fi, darts, and a bookcase of games and reading material round out the entertainment options, but here, idle pursuits seem to be the activity of choice. You can practically feel your blood pressure ease downward while seated next to Mash Tun’s decorative waterfall leisurely mulling over your next pint. 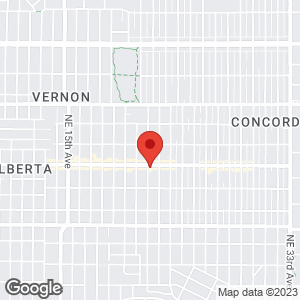