Tanuki’s new incarnation on SE Stark Street is a cave of debauchery, with unbeatable izakaya (Japanese bar food) and a knockout drink list on the cheap. The menu is a dizzying array of pickled plums, kimchi spice, and fermented noodles, but don’t panic—there’s an easy way out. Order omakase (basically “chef’s choice”): you name the price, and chef-owner Janis Martin will unleash a parade of spicy, salty, and sometimes unidentifiable plates for the whole table. Twenty dollars brings an onslaught of 12 gut-busting courses, from cinnamon-spiked, tea-stained quail eggs to Netarts oysters under an avalanche of shaved kimchi ice. Tanuki is Portland’s ultimate izakaya joint: dark, delicious, and requiring no forethought. Grab a bottle of sake for the table, say “Omakase!” and settle in for an evening of hard eating. Just remember the rules from the original Tanuki on NW 21st Avenue: no sushi, no kids. 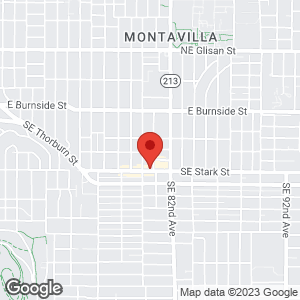 Five drinking-food favorites for soaking up the booze from our annual list of Portland's best bars.

Best of the Rest

Still hungry? We've culled the 35 local restaurants that should remain in any food lover's regular rotation.

You don't need to rent a tux to tackle these low-brow dishes.