It looks like a tumbler of pink lemonade, but don’t be fooled: The Salta Año is a textbook Teardrop Lounge cocktail, an embodiment of everything that co-owners Ted Charak and Daniel Shoemaker do so well. Not only is the vanilla-rhubarb syrup made in-house, but those 20 drops of habanero green-tea bitters Shoemaker just added to the mescal-based libation are also made from scratch. An exploratory taste brings on the heat from the peppers and a playful jolt of tequila, but successive sips reveal a tangy rhubarb base just before the vanilla rolls in like a smooth, palate-cleansing wave. It’s hot, sour, salty, sweet and, above all, impeccably blended, with no single ingredient getting the upper hand.

“Even a teaspoon either way can jar the balance,” says Shoemaker, the master mixologist at Teardrop Lounge, which he and Charak opened last July after working as bartenders in San Francisco for the past 15 years. “Our most fervent belief is precision.” Combine their mad-scientist flavor combinations with their exacting jigger pours, exquisite house-made tonic and bitters, and you get the most exciting cocktails in town.

But newbie customers needn’t fear the unknown. After a little question-and-answer session to determine your flavor profile, Shoemaker or Charak will whip up any number of exotic ingredients into an invigorating tipple. Indeed, so successfully have they divined their clientèle’s taste buds that regulars seldom order the same drink twice. And there’s no reason why they should, considering Teardrop has served between 200 and 300 different custom cocktails since it opened. In fact, that Salta Año? It was a special, offered for only one day, February 29—salta año means “leap year” in Spanish. If it doesn’t appear on the menu again before 2012, shed no tears. There’s a whole calendar of potable possibilities behind this bar. 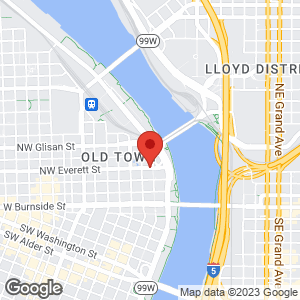 Eat with Your Eyes

These stiff quaffs just might drive away the rain and curb the onset of SAD.

Calvados cold brew to persimmon eggnog latte, here’s where to get double buzzed.

Ava Gene’s chef Joshua McFadden gathers a talented team to rethink the world of couscous and cocktails. Rhubarb and parsnip baklava, anyone? Eat Beat has all the details.