Known primarily as that place on SE Hawthorne Blvd where thirsty dog owners can paws for a bit of refreshment while their canines carouse out back, the Lucky Lab has bulked up to three locations–a second in Multnomah Village and a third recently opened in Northwest–thanks to unpretentious chow, a shorts-and-caps warehouse ambience and a roster of beers that range from complex to comforting.

Alex Stiles, who served his apprenticeship as a Bridgeport brewer in the early ‘90s, has been part of the ownership contingent since the Hawthorne pub opened in 1995, and along with Dave Fleming is a key architect of the Lucky Lab beer arsenal. According to Stiles, the telltale mark of a good brewer is the ability to turn a near error into a heads-up play. "We have a few beers on our menu that were total screw-ups by the brewer–usually me, or my old assistant, who’s long gone," Stiles says. “Like Superdog. It was a mistake, and it gave us an opportunity to really hop it up.”

Fleming’s recollection of the birth of Lucky Lab’s nascent dog star differs somewhat. “Alex went to New Zealand and left the rest of us knuckleheads in charge–that’s what happened,” he recalls sheepishly.

“I was training this guy and he added too much grain to our Top Dog, so I said, ‘Well, it isn’t Top Dog anymore. It’s Superdog!’ So we super-dry-hopped it (added more hops after the original boil to increase the bitterness). It was kind of over-the-top on the hoppiness scale at the time, but people loved it. Now everyone’s got a superhoppy beer.”

Thanks to Bridgeport raising the IPA profile, reports from most pubs in the area indicate that variety as the top-selling style–which was formerly the case at Lucky Lab. But the race for No. 1 has tightened up considerably with the arrival of a certain hoppy hound: Superdog and Dog Day IPA are dead even in sales.

“Portland is a bunch of hopheads, and Superdog is nice and bitter for them. But it’s the aromatics that draw them in first,” Stiles says. “Everyone smells the beer first–and it smells good! It smells green and spicy.”

“Dry-hopping gives it that flowery nose, but it’s super bitter on the back end,” Fleming adds. “It’s a nice contrast.”

And a lucky catch saves the day. 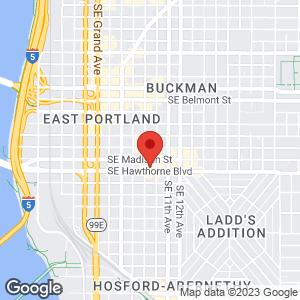 A Dream Day in a Portland Dog’s Life

From dog-friendly cafes to acupuncture and afternoon pedis, it’s a divine time to be alive.