To call the Sandy Hut a “new” bar is slightly disingenuous. The pie-shaped dive has pointed toward downtown like a rusty shank since 1923. But amid a development boom that threatens old haunts with mass extinction, this bar’s stubborn survival feels, well, new. The duo behind nearby Club 21’s restoration took over the Hut last year and improved only what was necessary. Outside, the purple façade’s now a garish memory; inside, new HVAC and fewer nicotine stains. But the Jell-O shots and the unfashionable arm cushions on the bar have been lovingly preserved. The menu pays homage with “The Fat Man Sandwich”: a bacon, egg, ham, and onion ring–topped nuke of a burger originally served at the tavern in the 1960s. The music stage is gone, true, but I won’t miss it. On a Saturday night, as I nursed a well whiskey and Googled the name of the long-dead actress in the signed black-and-white photo behind the bar, the jukebox played all the classics I needed: the Breeders’ “Cannonball” to Judas Priest’s “The Hellion/Electric Eye.” Unlike that well whiskey, the Sandy Hut goes down smooth. 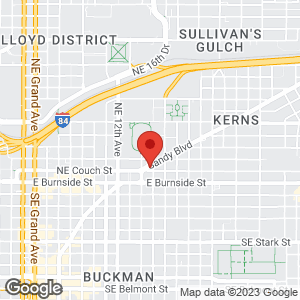