If, like me, you’re an off-key karaoke enthusiast, there are probably times when you’d be perfectly happy not to have an audience. Now that’s a possibility. The recently opened Voicebox Karaoke Lounge brings the Tokyo trend of private “box” karaoke—no audience, no KJ, just you, your pals, and your best rendition of “Hungry Eyes.”

If you’ve seen Bill Murray belt out “(What’s So Funny ’Bout) Peace, Love, and Understanding” in Lost in Translation , you’ll have a sense of Voicebox’s style. The lounge’s modest entrance opens onto an austere lobby graced by a lonely bar and six doors leading to the boxes, or singing rooms, which vary in size, accommodating anywhere from six to thirty guests apiece.

On my first visit I spy a fellow in an enormous blond wig manning the mike in the biggest studio, but it’s unclear whether he’s channeling Dolly Parton or Twisted Sister. A waitress ushers our party of eight into a smaller room, where three walls are lined with wooden benches and a big-screen TV commands our attention. After some simple instructions, we’re ready to rock the box.

Just one song later, we’re all in agreement: Voicebox kicks veritable ass over the torpidly paced domestic karaoke we’re used to. There’s no annoying KJ wheedling for tips, and it’s always your turn. You and your friends can belt out as many songs as you want for seven dollars an hour per person. There’s even a kill switch on the remote, so you can bail out midsong when you realize you don’t really know (or want to know) the words to “Hungry Like the Wolf.”

The libations and the food are slightly less exciting. Right now, Voicebox offers only beer and wine—including, not surprisingly, rice wine, otherwise known as sake, which is great for keeping your voice supple. The food runs along the predictable lines of Costco-level pot stickers, shu mai , and sushi.

Even so, the fun trumps Voicebox’s shortcomings: our giddy (and hoarse) little band is forever bonded over its triumphs and gaffes, which is just what karaoke should do.

From 4 to 7 Tuesday through Friday, you can yowl like Steve Perry on the cheap, as the hourly rate drops from $7 to $4 and many drinks and food items have a dollar taken off the normal price. 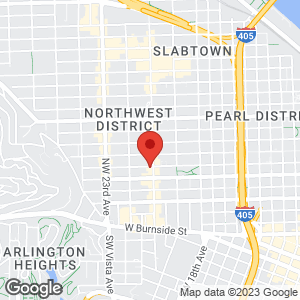 Best of the City