Swan Island’s beloved burgers and (Oregon) beers spot, which constructed its second location in the Pearl’s old General Electric distribution plant last December, is as American as apple pie. Upgraded Americana is a calling card at the new Tilt, which charms all comers with juicy, salty burgers oozing with American cheese and gut-busting toppings as well as flaky house biscuits. The space is devoutly industrial; a concrete and metal bunker where a giant, monochromatic American flag serves as décor and shop rags double as napkins. Order at the counter (behind the hulking drill press) and head to the gregarious bar side of the operation, where no-nonsense classics and house concoctions from bar whiz Nick Keane as well as nearly 100 whiskeys keep you lubricated until the genuinely great pub grub arrives. The echoing space, filled with generations-spanning clusters of coworkers, sports watchers, and mellow friends, is so roomy you may not spot the Ping-Pong table or the fireplace in back until your second drink. And you will get a second drink. And then maybe a slice of pie. They bake that in house, too, of course.

We included Tilt in our feature on Portland's best bars for 2014. 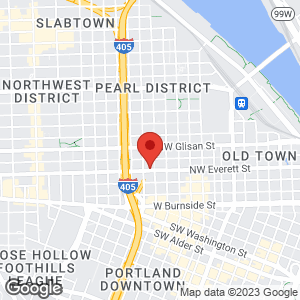 From all-American to Chinese street-style to a Mexican hamburguesa, here's where to score some of the city's top burgers.

The Ultimate Guide to Portland Brunch

Hungry for brunch? We've got the details—from wait times to must-order dishes—for 55 of our favorites.