Step aside, people. Three-year-old Claire knows exactly what she wants—a stuffed giraffe. “She has money, and this is where she wants to spend it,” says her mother, holding Grasshopper’s front door open as her slicker-clad daughter strides purposefully inside, a bouquet of dollar bills clutched in her hand. Claire isn’t the only little one with a big mission at the children’s toy, book, and apparel store on this particular Saturday. Several other young shoppers—one of whom has just made a coy entrance in a tulle skirt and tiara—are also intent on finding a new prized possession. “Parents say their kids would rather come here than OMSI,” says Kara Larson, who opened the NE Alberta Street store four years ago, and who also owns the adjacent women’s clothing boutique, Tumbleweed.

Original fir-planked floors run the length of the bright space, which is filled with the high-quality, well-designed kids’ goods that Larson felt were missing in Portland. “I wanted a place that offered things that not only sparked imagination, but also were sturdy enough to be passed along to other children.” Case in (green) point: a classic wooden kitchen set by Plan Toys is solid enough to stir up years of creative play. Other sources of fun include a miniature red accordion, a colorful tin tea set, and travel-ready magnetic paper dolls. Hip parents, meanwhile, appreciate Grasshopper’s selection of organic cotton apparel and Euro-style sneakers—exactly the kind that a savvy shopper like Claire prefers, thank you very much. 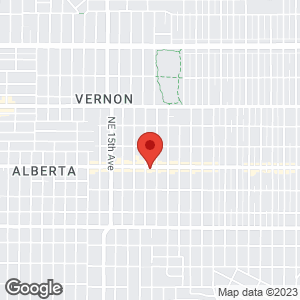 Oregon makers are on fire.