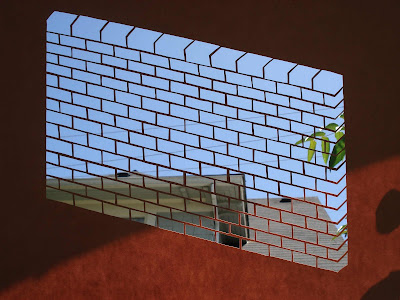 I am intrigued by idea of this series of masonry-flavored cutouts by Edward Jeffrey Kriksciun, part of his Brickthrough show just opening at Nationale (2730 E Burnside). Brickthrough, incidentally, is my A-#1 favorite show title of the year thus far because, of course, it can be read every which way.

Portland-based artist Kriksciun has shown at various PDX venues (including Half & Half, Holocene, and Milepost5) and co-curated the video and animation festivals Take It EZ I & II with Daniel Peterson. 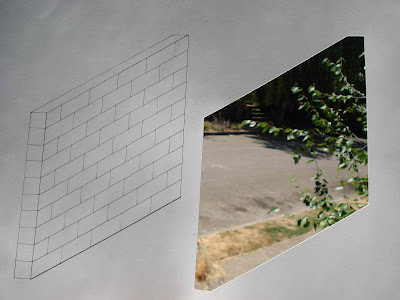 The show’s live now, and there’s an opening reception this Friday August 14 from 6-9 PM with the fabulous Bob Jones (Evolutionary Jass Band, Better Homes & Gardens, and on and on) who will play not bass but viola. Very good.