In 2016, Rachel’s Ginger Beer, our northern neighbor’s artisan equivalent to Portland’s eternally mobbed Salt & Straw, opened up shop across from Hawthorne's Bagdad Theater. RGB wins few points for atmosphere, but it's still a gem hidden in plain sight. The Moscow Mule on tap is deliciously mouth-puckering, a “Dark & Fernety” paired with blood orange ginger beer is a surprisingly even match, and caramelized pineapple ginger beer with a tall squiggle of Snoqualmie soft-serve is everything you might hope for in a fizzy float. Whether RGB reaches the cult-status it enjoys in Seattle remains to be seen. That means more tart, lemony ginger brew for the rest of us! 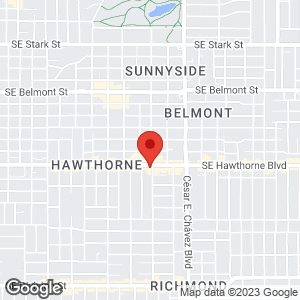 It's our northern neighbor's equivalent to Salt & Straw. So why is the SE Hawthorne outpost so quiet?