Tusk blasted into Portland this summer like a shot of vitamin D, a breezy, glass-walled, feel-good-rocking California dream even a shaggy-sweatered Portlander could embrace. Hanging over the bar, the restaurant’s muse says it all: a Speedo-clad Keith Richards, back-floating in a pool. The mode is spiritually Middle Eastern, freethinking in form, and deep in Oregon farm connections. The kitchen’s daily-changing salads, lamb tartares, and rose-petaled feta plates reveal the antidote to Portland’s usual blood sausage/mac and cheese gout aesthetic: healthy, visual, super-fresh, and super-local. Hummus is shockingly light, like garbanzo whipped cream. Oven-fresh whole-grain pita tastes like the missing link between buttered wheat toast and pizza char. Pig? It’s relegated to a mere three inches of a hibachi skewer. At Tusk, meat is but a nibble, a garnish. Chef/co-owner Sam Smith is exciting, his thinking modern but free of deconstructions and foams, powered by shockwaves of whole spices. And he’s just getting started. 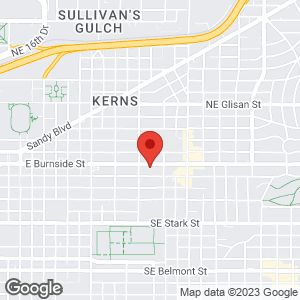 Where to Get Delivery, Takeout, or Curbside Pickup in Portland Right Now

A regularly updated roster of restaurants and bars shifting to takeout and delivery in the wake of the pandemic.

A New Oyster Festival, the Return of DaNet, and More PDX Food Events

… including a clay pot dinner at Aviary, Jolie Laide’s Langbaan takeover, and a month of chocolatey desserts.

How the Vegans Conquered Portland

Our city is America’s meat-free Shangri-la, built one vegan cronut and jackfruit wrap at a time.

Where to Celebrate New Year’s 2017 in Portland

From free chocolate buffets to caviar and truffle blowouts, here are 10 spots to eat, drink, and ring in the new year.